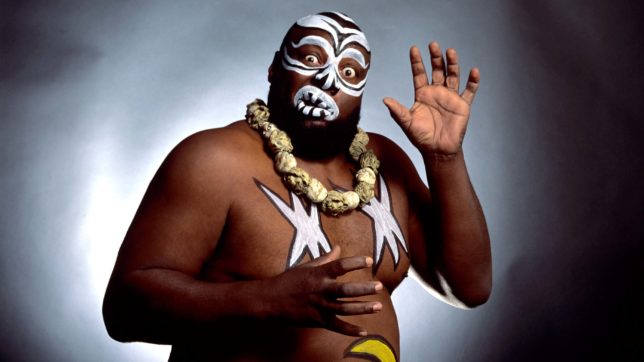 James Harris, a Mississippi-born sharecropper who gained international fame as Kamala the Ugandan Giant, a massive professional wrestler who terrorized opponents with his trademark splash, has died.

World Wrestling Entertainment confirmed his death in a statement Sunday.

Kenny Casanova, who co-wrote Harris autobiography, wrote on social media that Harris died from COVID-19. He was 70.

In recent years, Harris had suffered from many health ailments, including having both legs amputated because of diabetes.

Born in Senatobia, Mississippi, the nearly 400-pound (181-kilogram) Harris began his wrestling career as Sugar Bear Harris and under other names but wasnt considered useful in the ring. It wasnt until a promoter suggested the Kamala gimmick loosely based on Ugandan dictator Idi Amin that his career took a turn.

Walking into the ring with body and face paint and a spear, Kamala would headline cards against babyface wrestlers like the Junkyard Dog, Andre the Giant, and Hacksaw Butch Reed in Mid-South Wrestling’s territory of Louisiana and Texas. He was managed by Skandor Akbar and a masked man named Friday, who tried to control the wrestlers behavior.

Kamala would battle the popular Junkyard Dog, a former college football player named Sylvester Ritter, to packed crowds and steps away from where President John F. Kennedy gave his last speech at the Sam Houston Coliseum before the president’s assassination in Dallas.

Harris would later join the WWE and face Hulk Hogan, Jake The Snake Robert and the Undertaker.

Critics charged that the character of Kamala was based on racial stereotypes as wrestling announcers often used such terms as savage and beast.

In interviews later in life, Harris said he found the gimmick fun and meant no harm. But he did often tell interviewers he was underpaid compared to other wrestlers at the time and treated poorly.

Exam will be held for 1105 posts, application till February 21, centers will remain in Bhopal, Indore, Gwalior and Jabalpur in MP. Exam...

The e-rickshaw driver kept running, the police behind could not catch him, Video Viral

Budget 2023 After Vande Bharat Railway All Set To Introduce Vande...

Controversy Over BBC Documentary Reached The Supreme Court Decision Of The...