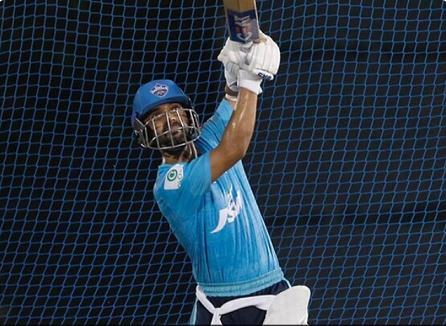 While the coach didn’t make known much but there’s a clear stage that India’s Test vice-captain may look ahead to his chance within the playing XI considering the explosive top five (Shikhar Dhawan, Prithvi Shaw, Shreyas Iyer, Rishabh Pant, Shimron Hetmyer) that DC possesses. there’s in-form Alex Carey also within the mix.

“We really have a balanced side. there’s plenty of competition for middle-order slots. Rahane gives us more depth to our batting,” the Australian legend said on Saturday during his team’s pre-season virtual media conference sitting, alongside skipper Iyer.
“Shikhar had pretty much as good a final season as anybody. Prithvi has been training fine. Shreyas has had his best 12 months for the Indian team. we’ve got Pant, Hetmyer and Alex Carey (both left-handers), which provides us a decent mixture of left-right combination. we’ve our bases covered,” Ponting said, giving a subtle hint about Rahane’s immediate future.

Iyer, on his part, said that Ashwin and Rahane have mixed well within the group and never gave away that they’re senior players.

“They give that extra sense of confidence. you do not feel that they’re seniors and are willing to assist every individual,” said Iyer, who believes that Ashwin are beneficial for the team, given his idea of the KXIP core team (Chris Gayle, KL Rahul, and Mayank Agarwal) and also the slowish nature of the Dubai track.

Ponting also felt that wicketkeeper-batsman Rishabh Pant has been shaping up well since last week and he’s expecting another good season from the burly southpaw.

“Pant, during the last week, has really turned the corner well and that i would expect him to perform in addition as he did last year.

“In DC, we as a training group don’t put added pressure on the players. We wish to take the maximum amount as possible pressure off them. We never expect any such thing from them which they do not expect from themselves,” the coach said. With Dubai hosting 24 games out of the 60, Ponting is certain that the tracks will get slower within the last half of the tournament and spin will become a more important factor.

“Conditions might change through the tournament. they need four tracks in Dubai that may host 24 games. I saw plenty of green grass cover on the track and before the sport, a number of it’ll be off. i do not see plenty of spins now but it would become an element during later a part of the tournament,” the three-time ODI World Cup winner said.

Considering the character of the track, Ponting is confident that replacement left-arm seamer Daniel Sams is very effective together with his slower off-cutters and a pace of 135 to 140 mph.

“WE have watched Daniel Sams for the last three to four years. He has been one in every of the very best wicket-takers in BBL. He may be effective during the rear end of the tournament when pitches will get slower. He has variations and bowls lot of off-cutters. He gives us the left-arm option,” Ponting said.

About celebrations, Iyer said that the players are restricting it to “fist bumps”, something they’d been doing during practice games.
While concluding, Ponting said that the “ban on saliva” a minimum of in white-ball cricket which too in T20 won’t be that big deal compared to red ball cricket.

“But it’s about habit. we want to take care as if you are doing it multiple times, you’ll cop hefty fines,” he said.

Meraki is AN e-bike ‘made for India’, says startup founder